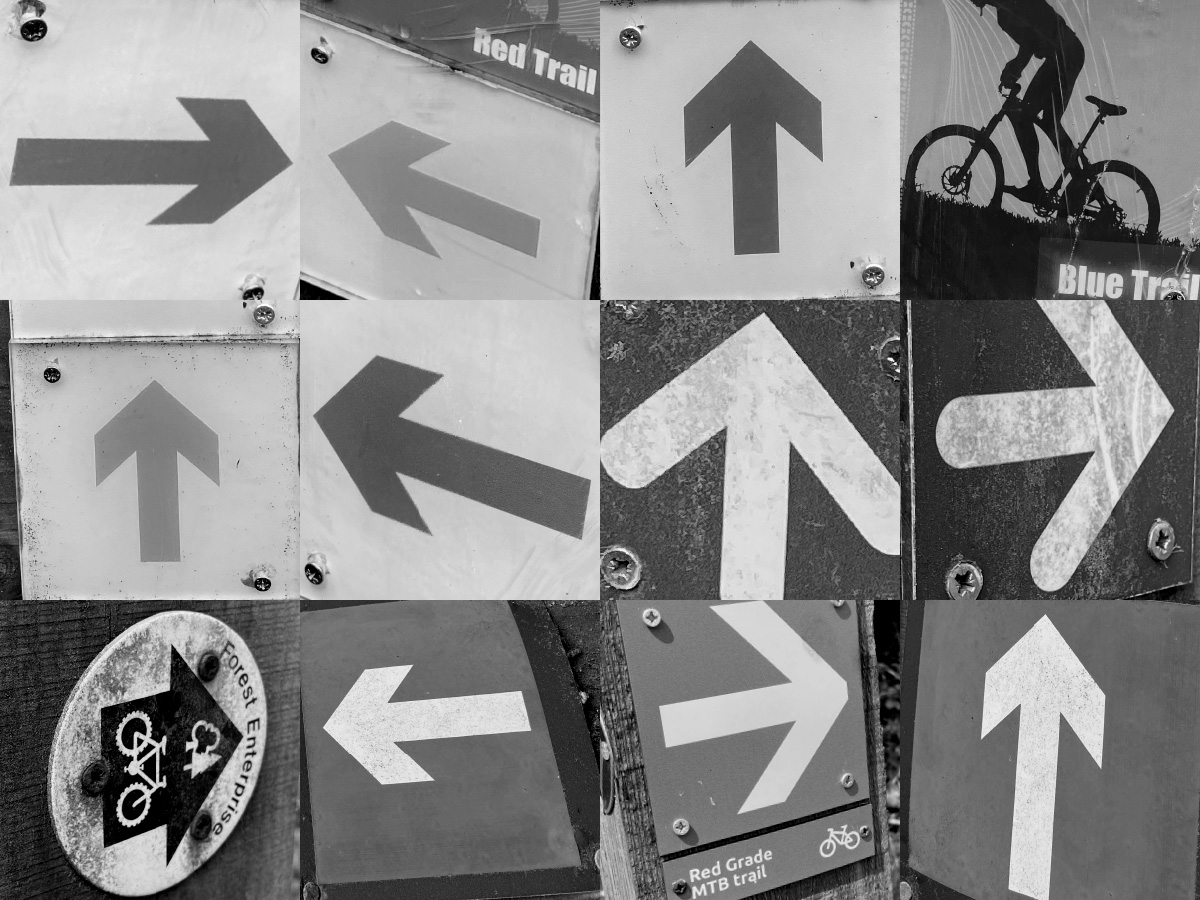 This was how my first ride around Hamsterley Forest in the North Pennines played out. It was around 8 in the evening, the sun was starting to set, I was one of only a few people in the forest, around 5km into my ride, and the waymarkers that had been regular and reliable so far had deserted me.

I was not worried about getting lost – I could just head back the way I came if necessary. But I did want to complete the ride I had set out to do.

The leaflet I’d picked up in the car park showed three waymarked biking routes: blue, red and black. I was trying out the 15km blue route.

The ride started well, with waymarkers appearing frequently along the trail and at every junction or point where tracks crossed one another. A blue arrow on a white background behind some clear Perspex pointed the way on each one.

Presumably as a consideration for colourblind riders – or as a belt-and-braces approach to make the route obvious – each of these square markers were accompanied by another with a blue-toned image of a montain biker and the words ‘Blue Trail’.

All good stuff… until the waymarkers seemed to disappear.

I passed two junctions before the welcome sight of a marker post came into view. Relief was short lived as this post bore none of the waymarking described above.

But there was a white arrow on a blue background. Could this be an older piece of signage showing the blue route? Or just waymarking for the National Cycle Network, which was also referenced on the post? And did that follow the blue trail or go somewhere else.

The post also had a round white disc with black arrow and a mountain bike symbol. There was a smaller anodised metal square, too. This featured a white arrow on a sort-of-grey-might-have-once-been-blue background.

Could one of these relate to my trail?

Unsure, I retraced my tracks to the last ‘proper’ sign, then headed up the trail again. I was convinced I had missed something… but no.

So I pressed on, and had just decided to give up on the waymarking and make up my own route when a post with the original form of signage appeared.

Relieved – but very wary – I pedalled on, completed the rest of the route and reflected on the two key communication lessons highlighred by my evening’s experience.

1. The confounding of expectations

But maybe it was easy to install waymarkers close to the car park and more effort deeper into the forest. Or maybe someone got carried away with the frequency of the markers over the first few kilometres, then realised the budget would not allow enough to maintain that frequency throughout the whole route.

Come what may, the result of setting up an expectation then not delivering against it is that people become confused, disillusioned and disappointed.

I often see this with the likes of blogs and social media.

A new brand posts news articles every day for a week… then once every week or so for a few months… and then nothing for a year.

It happens in other areas of business too.

The high-street bakery that says it’s open every day till 5pm but decides to close at 3pm today ’cus things got a bit quiet. The garage that impressed you by washing and valeting your car whenever it’s in for a service, but left it dirty this time because they’re a bit busy.

Faced with un-met expectations, followers (be that of waymarks, blogs or bakers) may just give up like I almost did and go their own way. They may bad-mouth you to others, sharing the tale of their disappointing experience and warding friends, family or fellow business off.

Communication or actions that set expectations have to be met without fail. Consistency is a cornerstone of trust and as such is priceless.

And the cost of being consistent is usually a fraction of the cost of letting people down.

2. The curse of knowledge

I was at the forest again later in the week. In the visitor centre I discovered that as well as the biking routes covered by my leaflet, there were also walking, running and horse riding routes around the forest. Each had its own colour coded arrows.

Some of the arrows that had confused me due to a) their appearance at a point where I was expecting waymarking; and b) their colour being the same or similar to those on my route, were actually there for other users.

That’s fine when you know that all these other trails exist (and know what the colours for those trails are). But few visitors will, especially new ones such as me.

This may have been far from obvious to the people placing the waymarking, who may have fallen foul of the cognitive bias known as ‘the curse of knowledge’.

The curse of knowledge is the situation where one person wrongly assumes that who they are communicating with shares the same understanding of a subject as them.

A Stanford University experiment in 1990 saw participants split into ‘tappers’ and ‘listeners’. The tappers were tasked with tapping out the rhythm of a song, which the listeners had to guess. The tappers, with the tune clear in their head, were pretty confident the listeners would get it.

But of the 120 songs tapped out in the experiment, only a mere 2.5% were recognised correctly.

What’s abundantly clear and blindingly obvious to you when tapping out a song, waymarking trails in a forest, or communicating something about your business, may completely befuddle the people on the receiving end.

Forget everything you know, get on the outside and encounter that communucation from the recieving end, doing so with the eyes, ears, experiences (and expectations) of your intended audience. 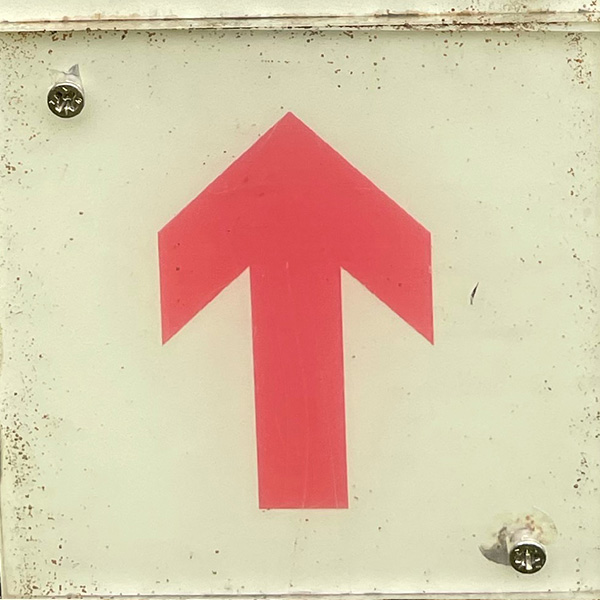 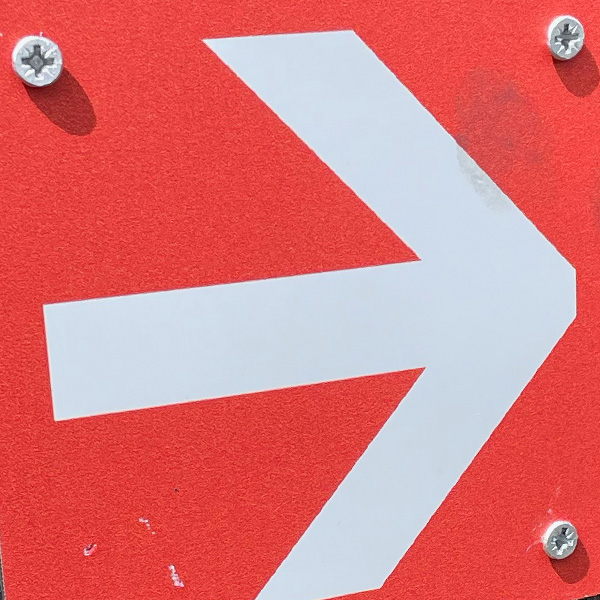 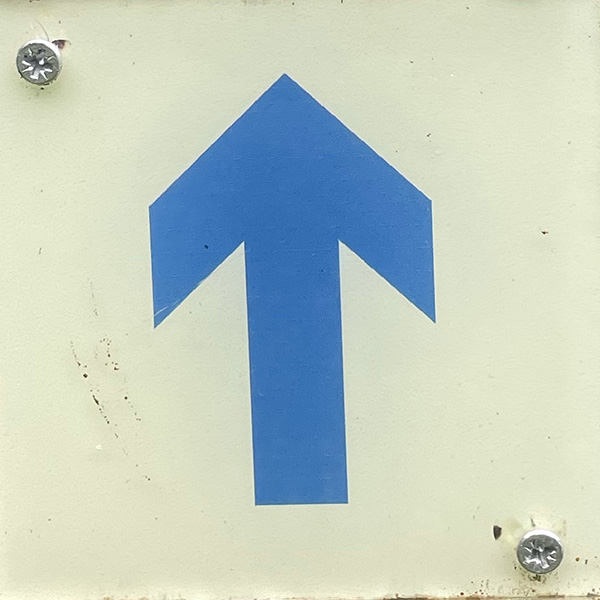 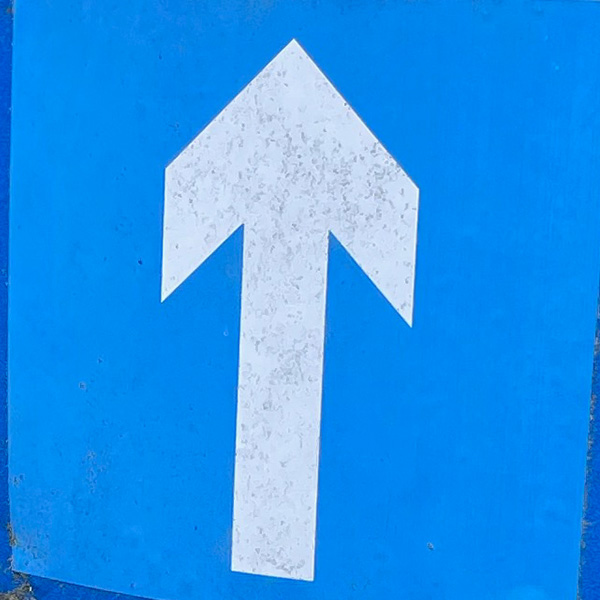