Meet the hermit crabs of branding

Meet the hermit crabs of branding

Hermit crabs are remarkable little things. The ‘hermit’ part of their name is perhaps misleading as what makes them famous is their adoption and use of shells that once belonged to other creatures. ‘Opportunity crabs’ might be a better name. Some brands are similarly inclined, taking on what others have left behind – sometimes making better use of discarded ideas than the original owner. 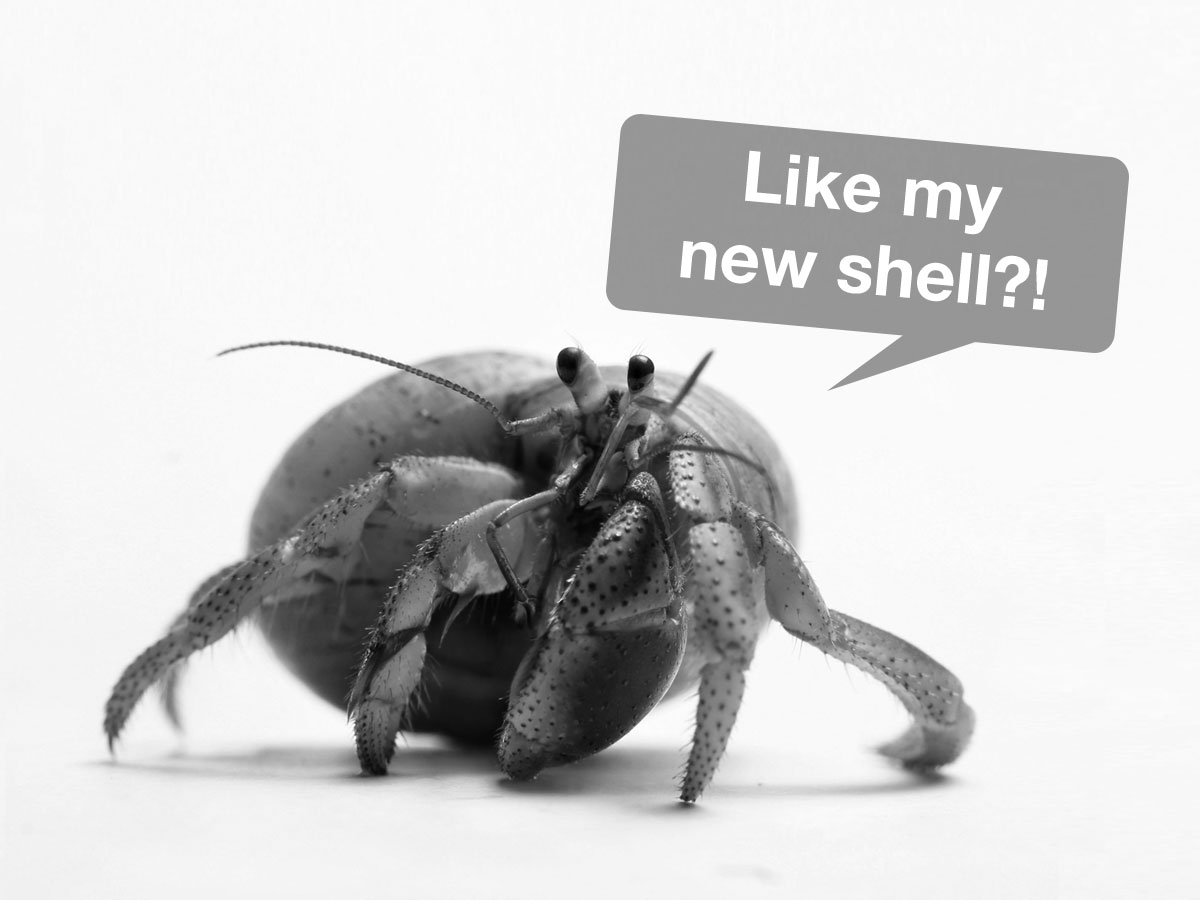 In 2009 high street retailer Woolworths closed its doors in the UK for the last time. ‘Woollies’ was a Swiss Army knife of a shop. If you wanted a lampshade, washing powder, a tin of paint, a top-10 album or (of course) some pick-and-mix sweets, Woollies was your store.

Tears were shed as customers and staff bid farewell to it – and people feared they would never see the likes of it on the high street again.

I appreciate that people had huge affection for the Woolworths brand, but mourning the loss of its product offering always felt misplaced.

In the nearby town of Trowbridge, as well as back in the part of Bristol where I grew up, and in the centre of Bristol, there was a branch of Woolworths. And in all three instances, just a few doors along from where Woolworths used to be, there is a branch of Wilkinson.

Like Woolworths, Wilkinson is a store where you could buy a cushion, some cat litter, a birthday card, a bottle of screen wash… and some pick-and-mix sweets.

In January 2009 – and further to having a visual appearance that had remain largely unchanged since 1977 – Wilkinson updated their brand identity. The timing of the change seemed to coincide uncannily with the closure of Woolworths.

The rebrand also made Wilkinson’s colour scheme, which was always loosely similar to that of Woolworths, even more like it: deep red shop facias with white lettering.

Furthermore, in 2015 the brand abbreviated its name to Wilko (something it used previously for its own-brand products) and shifted to an even more Woolworths-like red.

Back in 1966, Woolworths (in a move way ahead of its time) had developed several huge stores in purpose-built out of town premises.

The brand name it used was not Woolworths but Woolco. One of the first new stores was in Thornaby on Teesside… one of the handful of towns where Wilkinson first rolled out its 2009 rebrand.

It seems impossible to imagine that these similarities were not intentional. 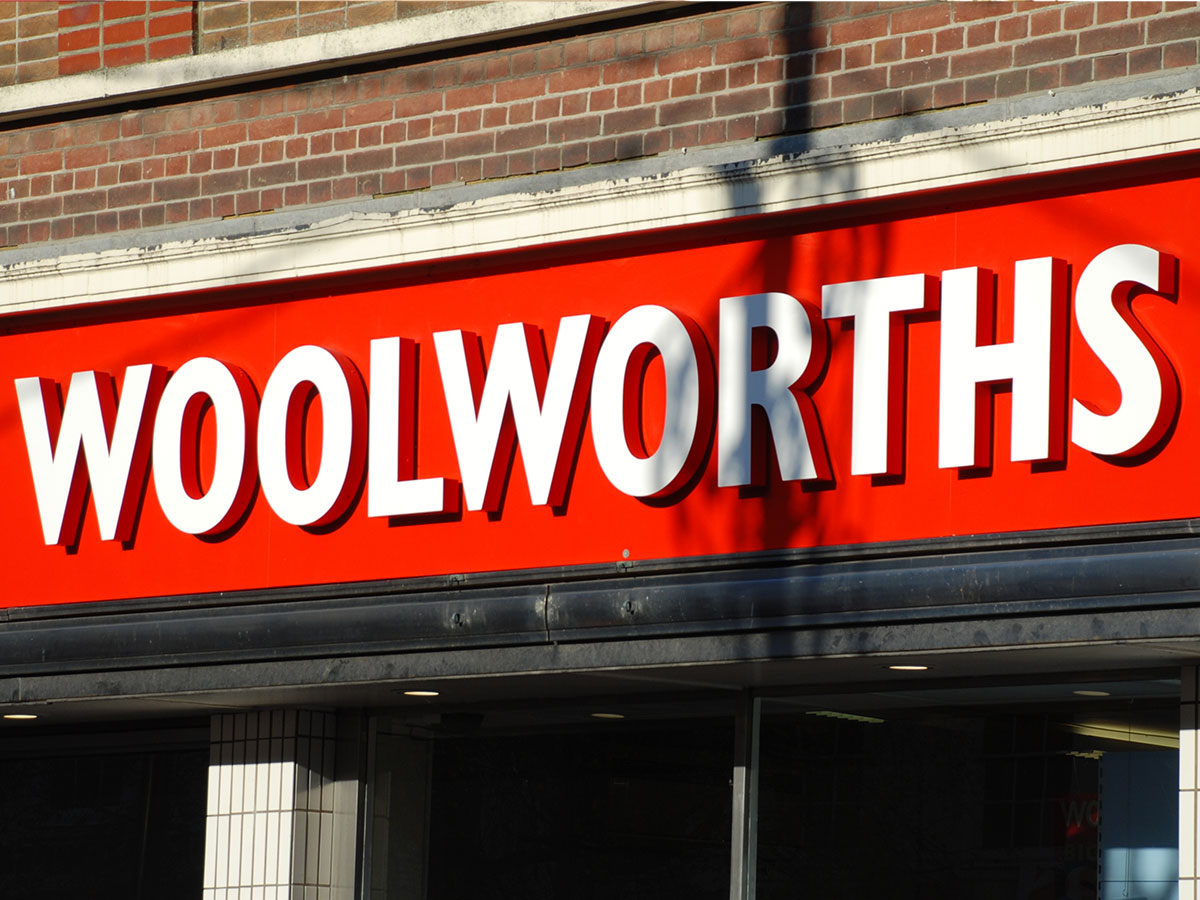 Audi had brought the small, premium and highly distinctive A2 to market in 1999.

I owned one from 2005 to 2010 and thought it was brilliant. Made principally of aluminium, it was light, fuel-efficient, small yet spacious, and had a nicely elevated driving position. This was before SUVs really took off, so sitting higher up than in a typical hatchback was quite a novelty.

Sadly, Audi ended production of the A2 in 2005, focussing instead on larger, more powerful, performance models.

But fast forward to 2017 and enter the BMW i3, a small, premium and highly distinctive electric car. Audi took the radical step of using aluminium for the A2 to make it lightweight. BMW went one further and used carbon fibre.

In my view, the i3 is the car the A2 would have naturally become if Audi had stuck with it. De-badge it, and its look, raison d’être and target audience make it feel like an electric A2.

Many mainstream cars bear a passing resemblance to one another. But the A2 was never mainstream. It was designed to be different, break new ground and open-up a new category – one which Audi ultimately decided to abandon, but BMW has reclaimed. 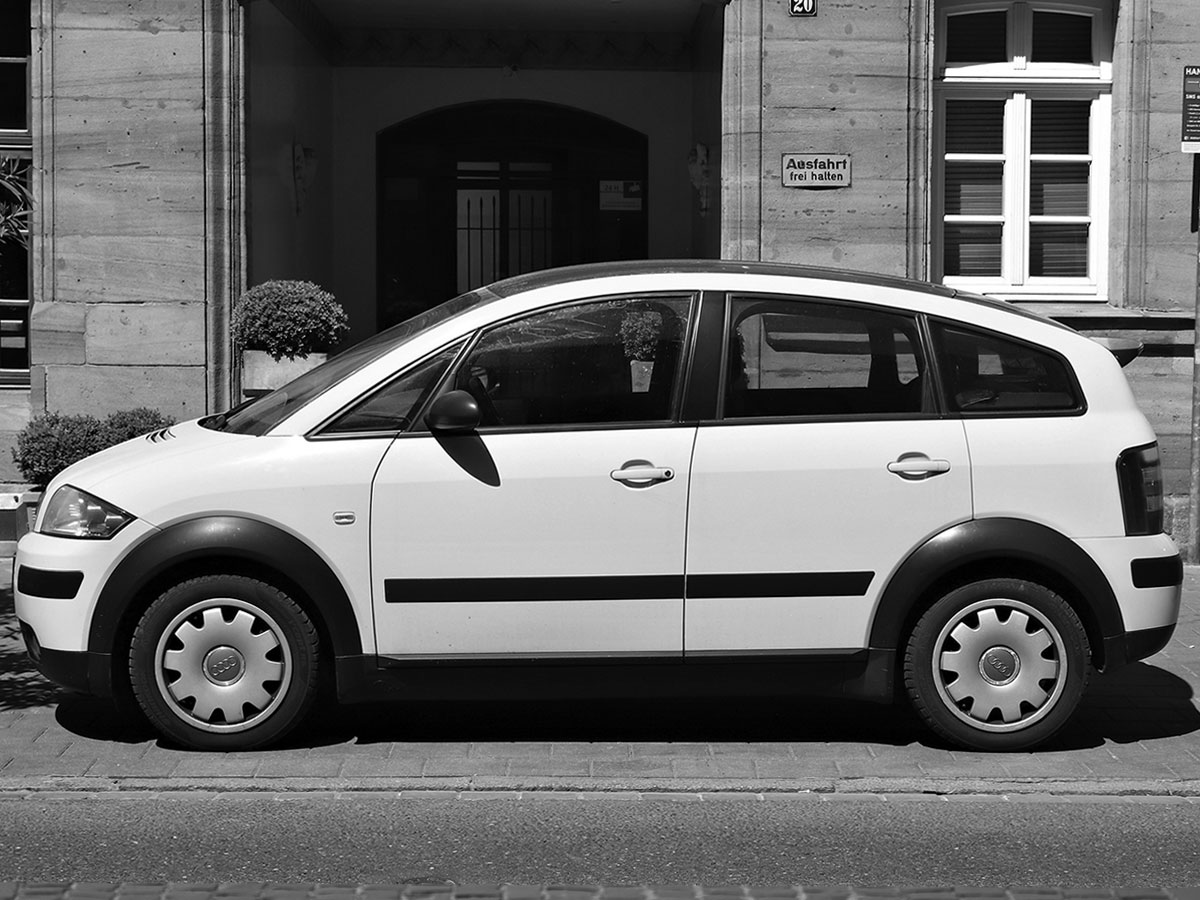 To the consternation of its many passionate fans, Land Rover ended production of the Defender in 2015. The basic look of this model had been unchanged for decades, with roots going back to the late 1940s and early 50s.

A brand-new Defender was launched in 2019. While it has plenty of little nods to design features of the old model, it’s an entirely new vehicle rather than the usual kind of aesthetic overhaul. As such, the new Defender is likely to be a vehicle that attracts a new following rather than taking all of its old audience with it. And that’s probably the plan.

(An aside, but to my eye, the new Defender is more an evolution of the previous boxy Land Rover Discovery design. Land Rover had perhaps needed to prevent too much similarity in this respect, and has rounded off every corner the Discovery to give it far less rugged design aesthetic.)

Once again, the abandonment of a popular idea with a loyal following left the door open for another brand to jump into the driving seat.

Enter the Ineos Grenadier, a 4×4 announced a few years back with production due to start in July 2022. As with Wilkinson and the BMW i3, it’s easy to spot the resemblance and hard to imagine that the similarities are not intentional.

The Grenadier is not simply an opportunistic lookalike, however. Reviews rate it as a clever and highly capable off-road vehicle. It gives fans of the old Defender all they loved and more (other than a Land Rover badge!). This is underlined by Auto Express, who commented that “its utilitarian feel is far closer to the original Defender than the new one.”

Everywhere we look, we can see examples of copycat brands. Walk down a supermarket aisle and for every brand leader or successful innovator there will be an own-brand copy. (Supermarkets are renowned for letting others do the brand-and-marketing hard yards before jumping on a the bandwagon of success.)

The difference with the examples I’ve termed as hermit crab brands is they relate to businesses making a go of something where others have failed or chosen to step aside. Spotting the right opportunity is key. But find it and you’ve got the springboard of a hungry (and often passionate) audience ready and waiting for you. 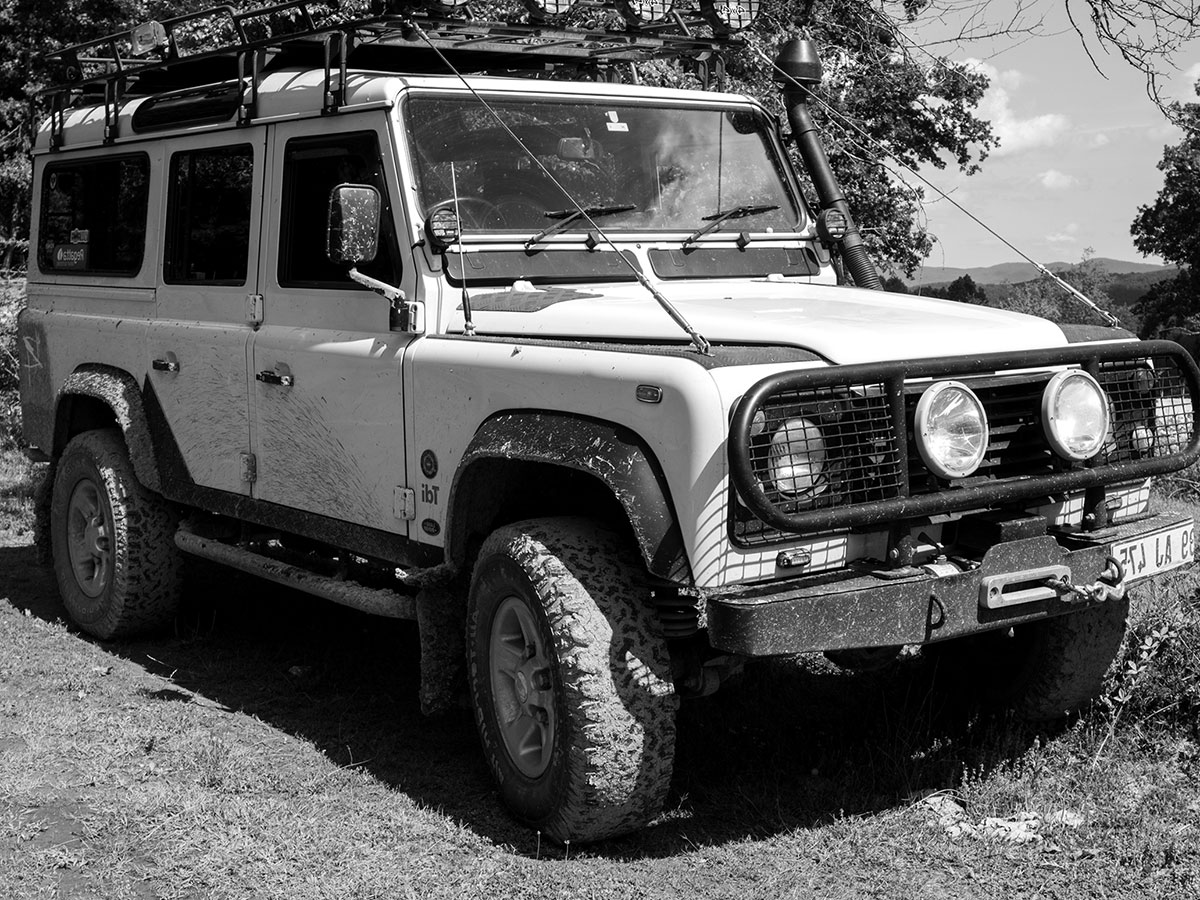 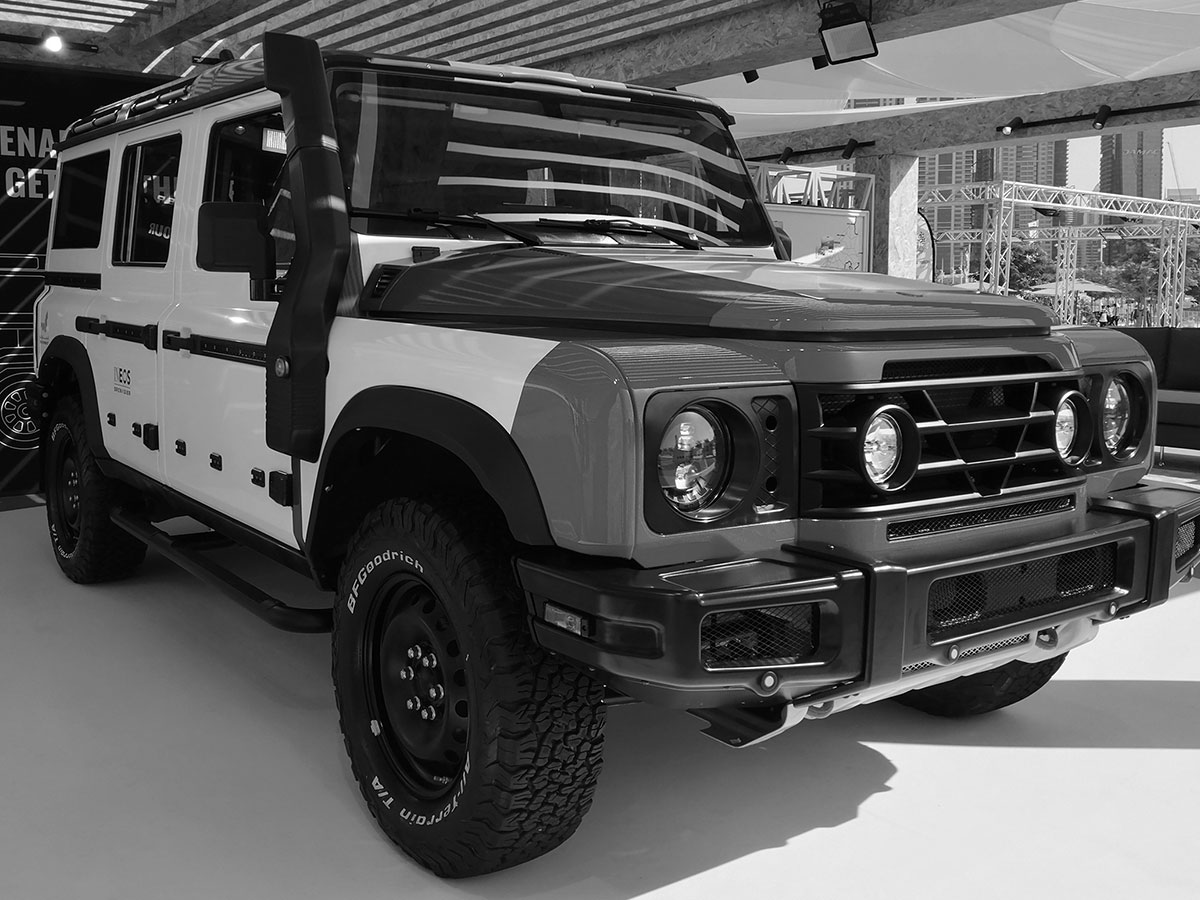