Why food banks should BOGOF

Why food banks should BOGOF

Not long ago, few people had heard of a food bank. In 2008/09, around 25,000 people received three days of emergency food from food banks run by the charity the Trussell Trust. In 2020/21 that had risen to more than 2.5 million. And with the cost of food and energy rising sharply this year, food banks are frequently in the news. Also in the news recently was the bad guy of supermarket marketing, the Buy One Get One Free deal (or BOGOF). It’s time the two walked down the aisle together. 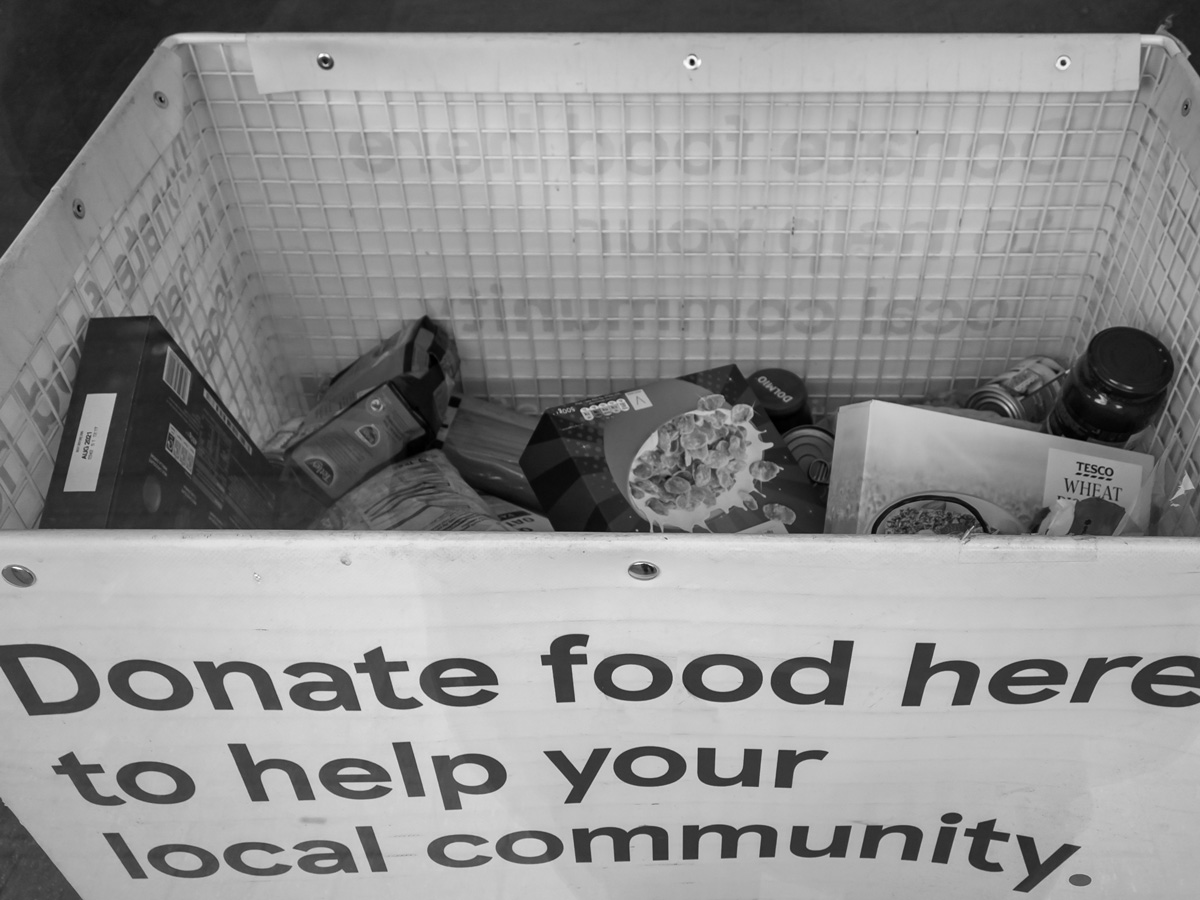 The problem: food bank donation points are out of sight and out of mind

Food banks rely on donations of non-perishable food from the public. (For example, over 90% of the food distributed by food banks in the Trussell Trust’s network is donated by the public.)

Go through the checkout at a supermarket and you will invariably find a donation point for a food bank run by the Trussell Trust or a local equivalent.

The boxes or crates for donations are the exit side of the checkout for a reason – you must pay for stuff before you donate it.

Fair enough… but while that makes sense from a practical perspective, it’s lousy from a psychological perspective. It places the one thing that might remind you toget something for the food bank in a place where it’s too late for it to do so.

I can’t be alone in paying for my shopping and only spotting the box on my way out of the store. “Damn it! Should have bought a few things to put in there!”.

And despite mental notes and good intentions to remember to get something for the food bank next time, I still forget more often than not.

To attract more donations, food banks need to be front-of-mind during your shop, not after.

The solution: turn the bad guy into a good guy

Until just a few days ago, the ubiquitous BOGOF on goodies like biscuits and chocolate was literally going to be told to ‘bog off’.

Campaigners such as the Obesity Health Alliance had long been calling for legislation to outlaw multi-buy promotions on products high in fat, sugar or salt. Such deals are seen to result in people buying and eating too much unhealthy food, and the government was about to implement a ban.

But these restrictions have now been shelved. Officially, this is because of the current crisis in food prices – why should struggling shoppers be prevented from benefitting from such great deals?!

So BOGOFs – the bad guys of in-store marketing – get to live another day.

But maybe BOGOFs could be rebooted as a force for good and help address the food bank problem highlighted above.

Not Buy One Get One Free, but Buy One Give One Free.

You get the idea.

This would give the local food bank a small but important presence at numerous points throughout the store. Managed well, it could be used to encourage purchases of items the food bank needs most. (Treats such as chocolate or biscuits may well be welcome too, of course.)

A few shoppers may choose to keep the free items for themselves or forget to put them into the donation box. But even so, there is likely to be a significant increase in donations.

The long-standing criticism around BOGOF promos has been followed by criticism and questions around the real reason to shelve the ban on some of them.* So any supermarket chain adopting the Buy One Give One Free idea would benefit some positive PR – and put pressure on others to follow suit.

Buy One Give One Free is not a perfect solution, or anything like a complete solution to the challenge of food poverty. But if it increases donations in a year when demand at food banks is reported to be soaring, it’s certainly worth trying.

* Shelving the ban on certain multi-buy promotions in order to help struggling consumers is a contentious one. A 2020 study by Kantar Worldwide for Public Health England, rather than helping to reduce shoppers’ bills, BOGOFs and the like resulted in people spending more. It seems that when we feel we’ve made a saving by getting something free or for less, we then feel justified in popping additional items into our baskets.