At school, I loved maths. I grew up at a time when calculators were becoming commonplace, affordable and ever-more sophisticated. You were even allowed to use them in exams. But we still had to learn to do basic arithmetic in our heads. Kids would often ask the teacher why we had do this now that we had calculators. One brilliant response stuck with me: “So you know if the calculator’s answer feels right.” 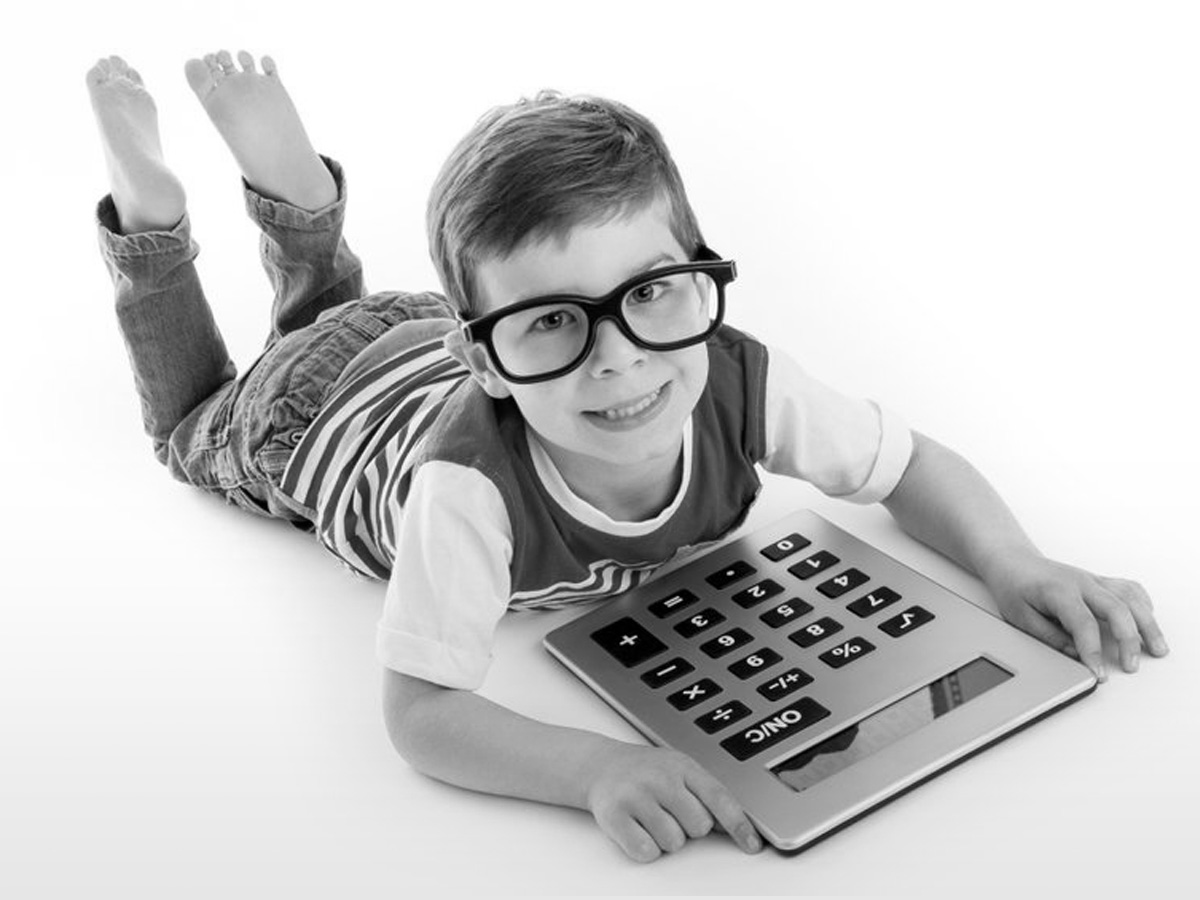 The first calculator I saw was in the mid 1970s. It was on my dad’s desk in the factory where he worked. It didn’t run on batteries but had to be plugged into the wall. And it didn’t have the familiar black-numbers-on-grey-background that most people think of, but green, glowing LED numbers. I thought it was amazing!

The teacher’s response that stuck with me was “So that you know if the calculator’s answer feels right.”

Having a general feel for numbers and a likely or ballpark answer to a sum is a valuable mental assent. In no way have I got a mystical or uncannily accurate sixth sense for such things. But sometimes the subconscious calculator in my head does grab my attention and “Hang on a minute, are you sure that’s right.”

In the past, it’s saved me from being short-changed (remember cash?!?!) and has helped me save shops from giving me too much change!

More recently it’s been busy in supermarkets and with our weekly grocery delivery.

I’ve talked about shopping with Tesco before and probably will again. There’s a lot about Tesco that I like – I wouldn’t shop there otherwise – and the observations and criticisms I make are likely to be equally applicable to plenty of other supermarkets and other retailers.

If an item we want is unavailable when a member of Tesco’s team goes around the store to fulfill our order, they will substitute it for a similar item. What’s more, Tesco promise that ‘You won’t pay more’ as if the alternative item is dearer, they refund the difference.

Every little helps, as they say.

But a few things haven’t added up. The problem seems to be than unlike with, say, actual apples, substituting some items with other similar items is not comparing apples with apples.

And it all depends on what you are counting. 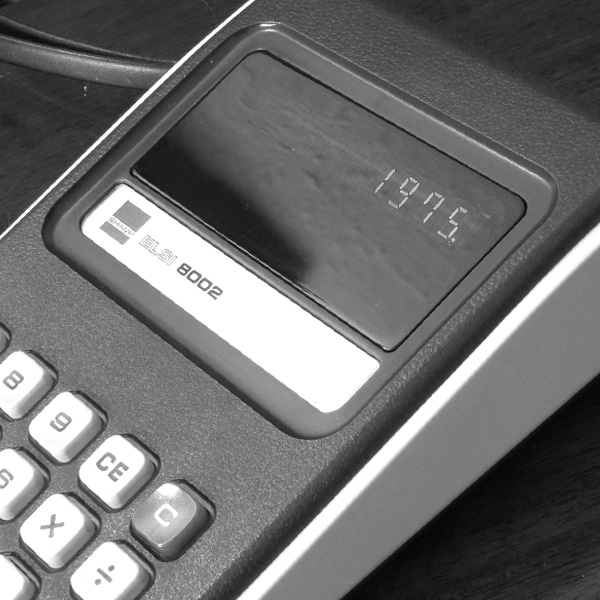 A 1970s LED calculator similar to the one my dad used.

Sounds good and seems fair – or even feels like a win – at first glance.

In these instances, despite the refunds to match the price of your chosen product, we were paying more.

Man of steel vs man of steal

Ever seen Superman III from back in the 80s?

It’s not the best film, but a neat plot device is how Richard Pryor’s character, Gus Gorman, receives a pay cheque showing he owed $143.80½. There’s no such thing as half a cent so he can only bank the $143.80.

Intrigued, he hacks into his employer’s computer system and find thousands of other half-cents floating around, which he then channels into his next cheque, stealing over $85,000.

The point here is that tiny amounts add up to big amounts if left uncorrected.

Yes, with Tesco, you can reject the substition when it arrives if you’re not happy. But most often you’re pondering whether red wine vinegar rather than white wine vinegar will make do in the recipe you ordered it for.

You’re not dividing the price of the first bottle by its volume, then multiplying that figure by the volume of the substituted slightly smaller bottle to figure out what you should be paying for it!

However, if I can roughly do that calculation in my head, any online retailer will have the data and digital wherewithal to figure it out precisely. In other words, there’s no reason why these errors should exist.

Look after the pennies… and your brand looks after itself

Beyond mathmatical accuracy, this is ultimately about brand.

Any business making an overt promise such as ‘You won’t pay more’ asks for customers’ trust, and sets itself up to be judged (at least in part) by that promise.

While I expect Tesco’s approach to price matching on substitutions is generally well intentioned, they need to do a little more to make it equitable in every instance.

The negative reputational cost to their brand – or the brand of any company that inadvertently or intentionally short-changes their customers – is far greater than any financial gain.

In the meantime, the calculator in my head remains switched on and healthily wary of any figures put in front of me. Switch yours on too! 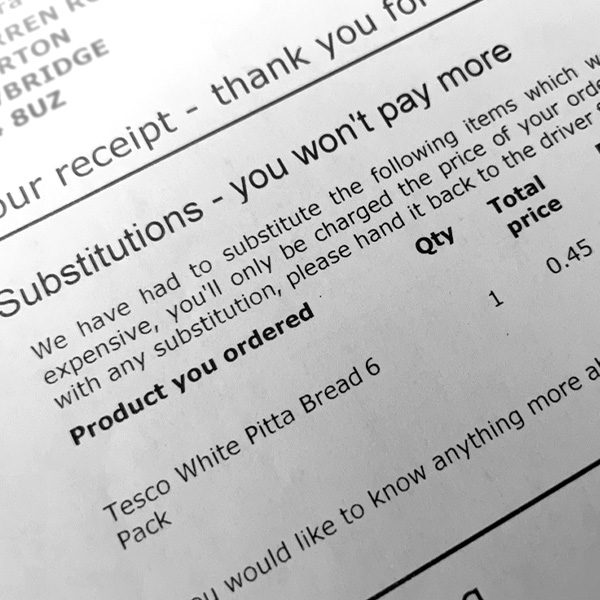 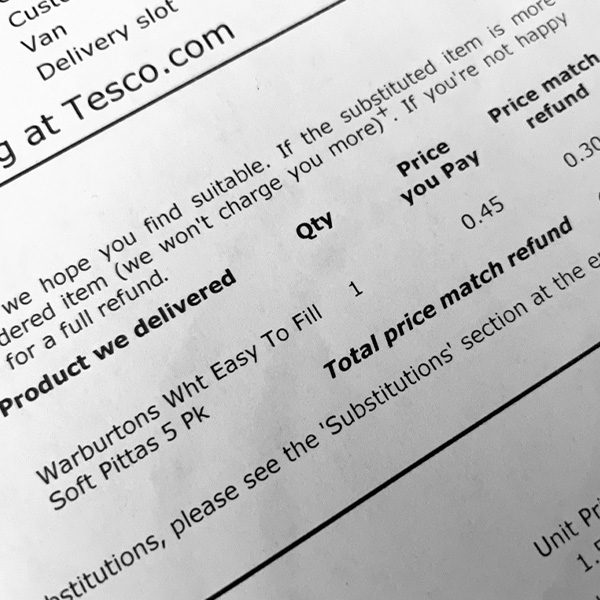